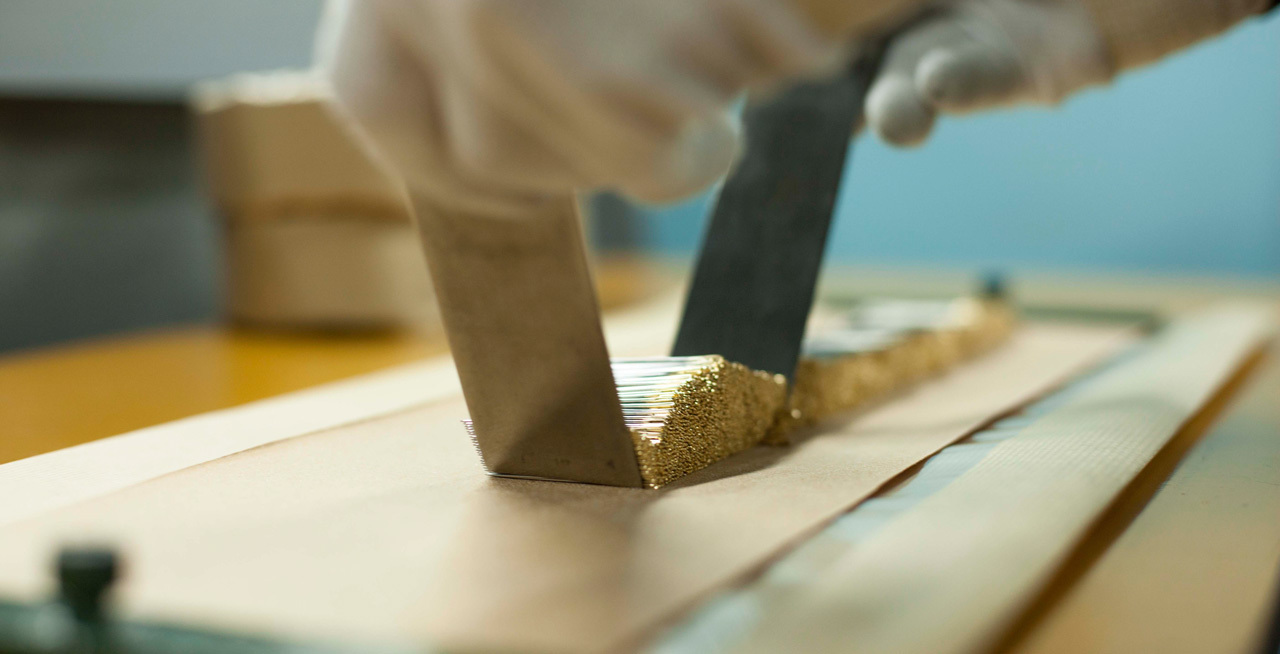 Each needle is made with heart

The characteristics of Hiroshima needles are their larger holes and sturdy but supple bodies so that needles won’t easily bend or break.
The needle’s surface is highly polished and the needle point is nicely designed to pierce the cloth smoothly. Users feel less tired while using their needles. Merging traditional techniques and cutting-edge technology, they produce needles which are loved around the world, here in Hiroshima.