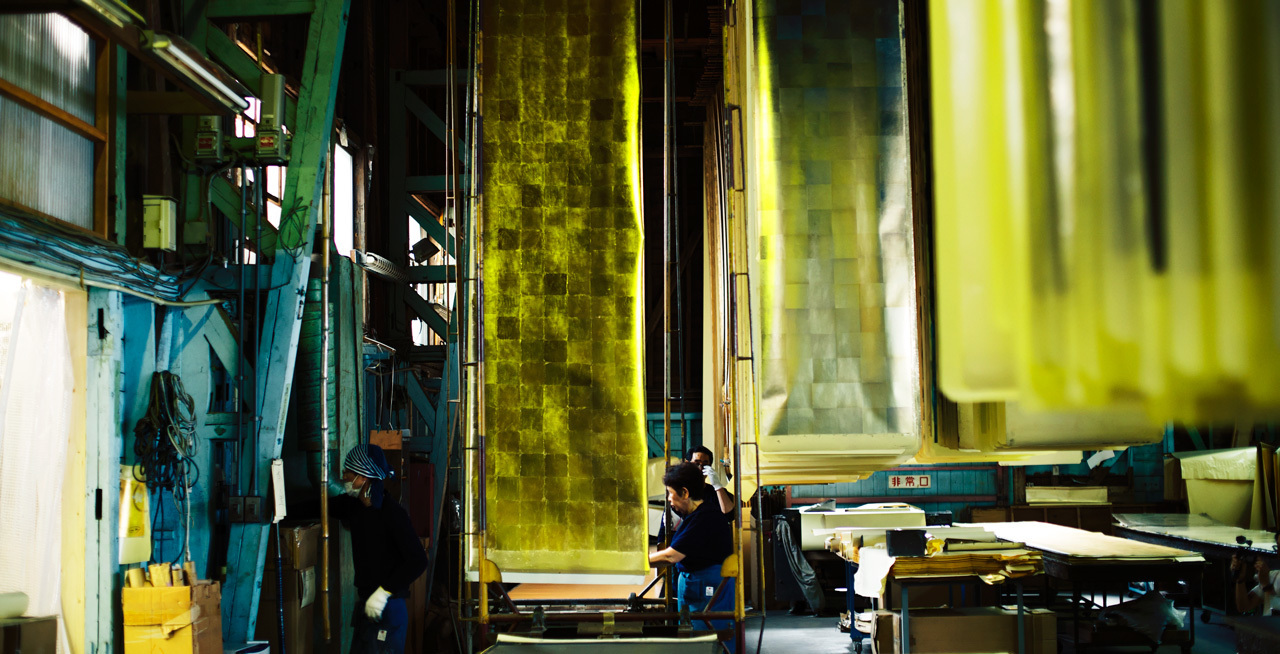 Leaf culture produced by Japanese aesthetics is revived in this century.

A "Non-discoloring Paper" using leaf has been created as a Japanese traditional craft method. We offer this with new materials and decoration technology based on a unique technology.
Offering new creation of interiors and products more cultural and modern.

Rekiseisha was founded in Hiroshima in 1905. They used to engage in the swords business, but because of Haito ordinance (prohibition of swords) they converted to a folding screen business.
Instead of dealing in silver folding screens which were expensive and took a long time to ship, they decided to develop leaf paper using an inexpensive brass leaf. After repeated trial and error, they invented the first product of the gold paper that can withstand practical use without discoloration in the same way as gold leaf. They started to win a great reputation and the products of Rekiseisha are now also used in a variety of places such as shrines and temples, luxury hotels and museums, not only in Japan but around the world.

At the atomic-bomb exposed factory that still remain now.

Rekiseiha’s exposed factory remains in Hiroshima city’s western district.
An elementary school was transformed into the factory, but the building remains the same. It reminds us of all the history and dreams of the future. It is one of the symbols in that area.