Before the start of “EARTH Hiroshima” was interviewed by foreign media！

The other day, an interview tour undertaken by foreign media from Tokyo visited Hiroshima in preparation for the G7 foreign ministers meeting, and SO@R was interviewed by media from America, Germany, and Italy! 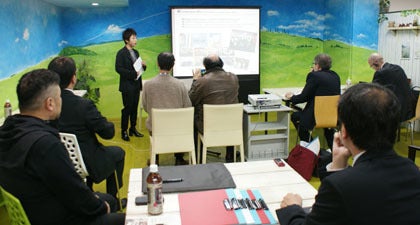 Through the media interview, a new project called “EARTH Project HIROSHIMA” which SO@R launched this year, will be announced to the world as “a company’s challenge which can only be done in Hiroshima, the town of peace.”

We had started sending information through the Nikkei newspaper and cable tv, but it was our first time to be interviewed by foreign media.

Gorai talked about the overall image of the project, and as the leader of the participating companies, President Baba from Baba Plastic talked about the intention to participate, and Mr.Heya who designed the logo explained its meaning and the thought that went into its design. 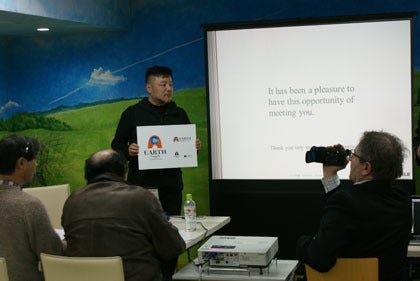 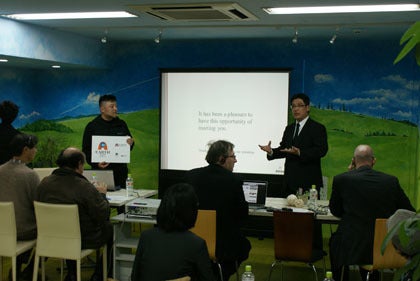 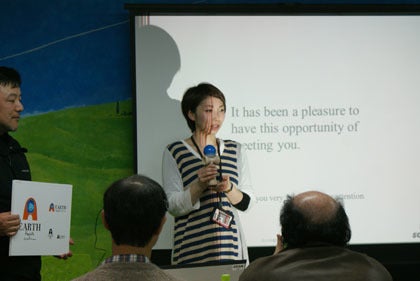 We took many questions from the reporters, and there was a very global feel as the interpreter was interpreting simultaneously(!) 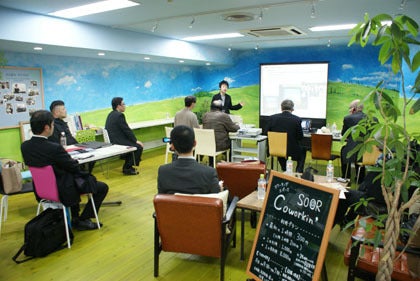 We received a lot of feedback, and it was a very valuable opportunity to have everybody’s warm cheering messages and opinions!

We will put out a notice when another article or video is delivered to the world.

Please keep an eye out for it!